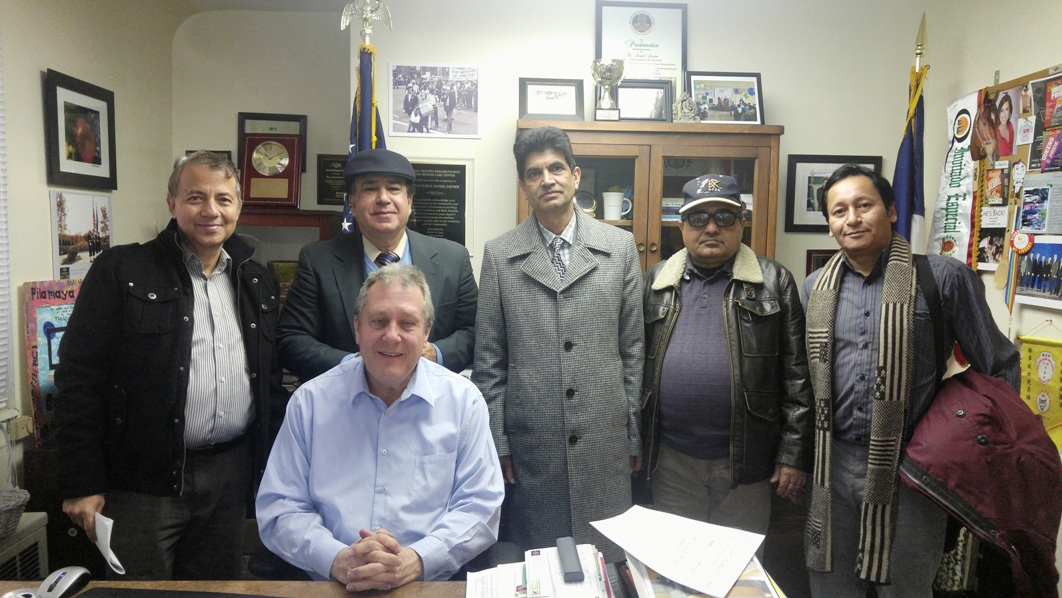 We, representatives of Prasad Foundation had an appointment yesterday, on January 28, 2015, with the Councilman Mr. Daniel Dromm. We have discussed on several issues including the Prasad Foundation’s initiative to establish the Senior Community Center.
Councilman Mr. Dromm representing NY District 25 (Jackson Heights) assured the representatives of Prasad Foundation to extend his cooperation towards its objectives. Five heads of the foundation were there to discuss about the issues. Prasad P. Aryal as a Chairman, Dr. Kamal Pandey as a Project In-charge,  Netra Bandhu Pokharel as a Secretary, Krishna Pandey as a Adviser , and Bishal Shah as Director represented Prasad foundation with Councilman Mr. Daniel Dromm at his Jackson Heights Office.
We have also discussed about how can we help Councilman from Nepalese Community and work together to build the Senior Center. Mr. Dromm gave us many advises to start and be successful to build Senior Community Center for Nepalese Community.